This blog chronicles my autoimmune misadventures, thoughts on relationships and love, my random adventures, thriving with ADHD, and my memory list.

“Wonder Woman” may be a state of mind, but it helps TREMENDOUSLY to achieve such a state if you are also 100% healthy.

It turns out most people’s under-appreciated superpower is simply being fully awake.

I have spent most of the past ten years of my life wondering just how the hell everyone else faked it so well.

Turns out, ‘it’ was actually undiagnosed hypothyroidism, working away steadily to destroy my lovely thyroid and all sense of well-being.

I remember going to Africa at twenty-two years old (to volunteer at the Ephphatha School for the Deaf), and absolutely STRUGGLING to get up in the morning, long past the time the expected jet-lag should have passed. I was the first to bed, the last to rise, and remember earnestly asking another girl around my age, “How do you get up in the morning? You have so much energy!”

She looked at me skeptically and replied, “Well, I’m in Africa–I’m just excited to be here and experience everything.”

Except… I was excited too. That wasn’t it: I was in Africa, and it was all I could do not to beg off at seven every evening and drag myself off my vinyl mattress bunk every morning. I wanted to experience everything she was, too, desperately wishing to lift the veil of fatigue that plagued me.

The problem was obviously me. I guess I just wasn’t as excited as she was. Or something.

Re-adjust your attitude, I told myself. And struggled.

Apparently the absolute inability to get myself out of bed in the morning (until I absolutely HAVE to) without going to extreme measures (that burn out my adrenals and leave me even more exhausted) isn’t normal.

I used to think that was just how I was: lacking. Lazy.

In a former post, I wrote, “Emotional me wants to sleep in and lie around and do nothing and say nothing to anyone.”

The fact that this attitude was entirely contrary to the fiery bitch of my teenage-hood who’d stay up into the wee hours of the morning programming websites, get up three hours later (tired, but able to function), and still challenge whatever high school teacher I decided was wrong that particular day, didn’t raise too many alarms in my brain.

I did go to the doctor once when I was twenty-four, convinced something had to be wrong; they told my test results were within the normal range, and sent me on my way.

Thus, early on, I accepted that my patronus was, in fact, a slug, and I was simply a horrendously lazy person.

I learned to cope.

I would drag myself out every day, plaster a fake smile on my face, and slog my way through endless, sticky webs of exhaustion while pretending everything was fine.

Whether that be the worst day of teaching or spending time with my dearest friends in the world or even traveling the world to the most exciting places I’d ever dreamed of, it didn’t matter.

I thought it was everyone else; they were alpha. Their desire to embody the brilliant, yet stunningly perfect “English Teacher Barbie” of my former Language Arts department (they looked fabulous every damned day, to my un-ending jealousy!) must’ve outweighed their exhaustion. They were just more passionate than me, better teachers than me, had better time-management skills than me.

Everyone else must just really, really, really love running or painting or under-water-basket-weaving or whatever else it was that lit the passion they’d pursue outside their work hours. They were simply more motivated than me, more into staying healthy, all-around just BETTER than me.

I told myself I was an introvert. Being around people just wore me down emotionally.I was just getting older; this is what maturity feels like. Or something. 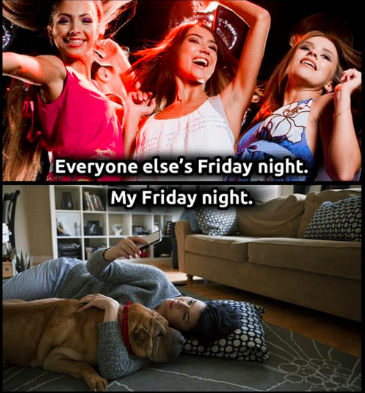 Meanwhile, I’d slog home and struggle to keep my eyes open during my thirty-minute commute. I’d stare helplessly at the pile of papers I needed to grade, the pile of books I had once been so passionate to read, the story ideas that burned in my soul, then tell myself I just had to try, go tiredly cook dinner, begrudgingly help with dishes, take my birds out, veg for an hour while hating my utter inability to motivate myself to ANYTHING productive, and go to sleep at eight or nine.

Only to wake up ten and a half hours later to do it all over again. Still exhausted.

I was Exhausted with a capital E and was done being an enthused celebrant of my own misery.

So, I forced myself to exercise.

It was not fun.

I did yoga. I ran. I learned to cook and ate vegetables at every meal, limited my sugar and fried things, ate lean meats and learned what quinoa was, and worked hard to become the person I dreamed I could be. My better lifestyle choices (one of the HARDEST things I’ve ever worked to correct through the haze of exhaustion through which I lived my life), coupled with quitting teaching and finding a remote job made it so that my energy level was mostly tolerable.

Sure, I still couldn’t get up very easily and often found myself longing for bed at two in the afternoon, and I frequently would tell people that I was “turning into a pumpkin” (as I called it) at night when I simply couldn’t stay awake any longer lest I become violently ill… but I was able to mitigate the effects reasonably well and felt relatively healthy.

A few weeks back, my boyfriend and I were in a rather unpleasant car accident. It turned out to be one of the best things that ever happened to me; they did a variety of blood tests, just as a precaution, and from there, scheduled a follow-up physical.  I’d told the doctor I was fine after the car accident, nothing else to report.

I’d lived with the fatigue for so long, it just felt normal.

Before the second physical, they mailed the test results to me; I noticed that my TSH (thyroid-stimulating hormone) was border-line high: 4.18 when the “normal” limit was 4.2. I remembered my mother had issues with her thyroid. I read a little about it and discovered I had almost all of the symptoms that MayoClinic lists. I read that normal test results don’t always actually mean your thyroid is normal; multiple doctors in books I’ve been reading recently state that the “normal” range most doctors use is too broad, that your TSH should be under 2.

So. I brought it up with my doctor; she felt my throat and told me I had a goiter, which was no surprise. I’d noticed it a few weeks earlier, complaining to my boyfriend (jokingly and hyperbolically) that I probably had cancer. Nope: It was just an enlarged thyroid. She set me up with an ultrasound and a follow-up blood test, which resulted in my diagnosis: I DEFINITELY have a very real issue with hypothyroidism.

Many people are sad to discover this, but me? I was absolutely elated. I finally knew what was wrong with me–and even better, there’s treatment available.

I took my first levothyroxine pill today (25 mg I think?), which is synthetic T4 (one of two major hormones your thyroid produces) and, while there are many different treatments and diets (and knowing fully-well that this could just be the first of many treatments to reclaim myself), I am so absolutely full of hope.

And energy. Part of this is probably the placebo effect, but I didn’t crash this afternoon. I feel like my soul is fully present.

Before, every experience felt sticky and subdued behind a curtain of sluggish yuck. Today, I feel fully aware, as if the molasses coloring my vision has been Mr. Cleaned away and replaced with clarity.

One day down; the rest of my life to go!