Imagine listening to your favorite music; you set it to turn on the moment you awaken, excited about your favorite lyrics, how it makes you feel, the actions it inspires you to take.

Except the moment you open your eyes, an AIRHORN/MEGAPHONE/SIREN gets screeched directly into your ear.

It goes on and on until you either give into it (it stops the moment you shut your eyes) or you stagger through it (you know, so your life doesn’t collapse when you 1. get fired or 2. miss deadlines or 3. piss off all your friends/significant other, all of which matter more than the airhorn, though it still blares deafeningly most of the day.)

Though you know your favorite music is playing, you have no hope of hearing it, so unless your world is about to be set on fire by life responsibilities, you give in. Your eyelids flutter closed.

You go back to sleep. Again.

^ That’s the best way to describe the life I led with hypothyroidism.

It’s been four days since I started taking levothyroxine, a synthetic version of the T4 hormone my body is not producing nearly enough of.

Verdict? It is DEFINITELY making a difference.

Getting up in the morning has become a choice. I wake up, and though I am still sleepy, I am not groggy. I lay in bed and consider whether I should up and at ’em, or if I think my body needs more rest. I base it on the number of hours I slept the night before. I use logic. The airhorn dictating my life has gone mostly silent, or is at least much quieter. I can think through it.

Hypothyroid Reality: Getting up was not a choice before treatment.

I really tried everything. Every night, I’d think about all the amazing things I wanted to do–get up, do yoga, make a nutritious breakfast that I LOVE, spend time quietly reading and sipping coffee, get to work on my latest novel idea that I was excited about–but nothing roused me.

I could prep breakfast and my clothes, set my coffee maker to go off right as my alarm did so it would be waiting for me. I could make sure I was ready to go for whatever it was I was excited about doing. I could set my alarm across the room, or better yet, outside the room entirely. I prepared a self-talk speech to recite to myself the moment my alarm went off, bought nummy lotions to pamper myself in the morning if I woke up and functioned like a person as a reward. Hell, I even “practiced” getting up a few times at night by setting an alarm, putting my feet on the floor, stretching, getting out of bed and going downstairs in an attempt to make my muscle memory work in my favor.

Well, except for drinking an entire carafe of coffee at the first alarm, then going back to sleep for an hour. That helped… until it didn’t. Turns out, you build an immunity to drugs like caffeine. Shocking, I know.

Before, unless I would lose a job, a doctor’s appointment, or a friend over not showing up on time, my brain refused to let me get up until it was absolutely necessary or I finally felt somewhat awake.

I was never rested, but sometimes awake.

I wake up every morning and take my pill between 9:00 and 9:30 a.m., aiming for 9:30. I drink it with a full glass of water, and eat and drink nothing else for at least sixty minutes. These are the results:

1. I can actually wake up early and think clearly. I have a choice.
2. When I get a touch sleepy in the afternoons, it’s no longer debilitating (and it hasn’t happened yet today!)
3. I’m still sleepy at night; it still sometimes gets to the ‘groggy’ level, but that’s probably a good thing in the long run, but I no longer feel like puking if I stay up a touch later than my brain wants.
4. The vericose veins in my legs and in my hips have faded significantly! They’re still there but I’ll be curious to see if they go away entirely!

My boyfriend also says my voice is higher. Whether that’s a pro or a con is up for debate, but I’m sure it’ll help my lilting soprano tones! Early Mariah Carey, here I come!

Cons (If you can call them that.)

Holy Liver Values, Batman! How We Lowered Our Eclectus’ Cholesterol Through Diet 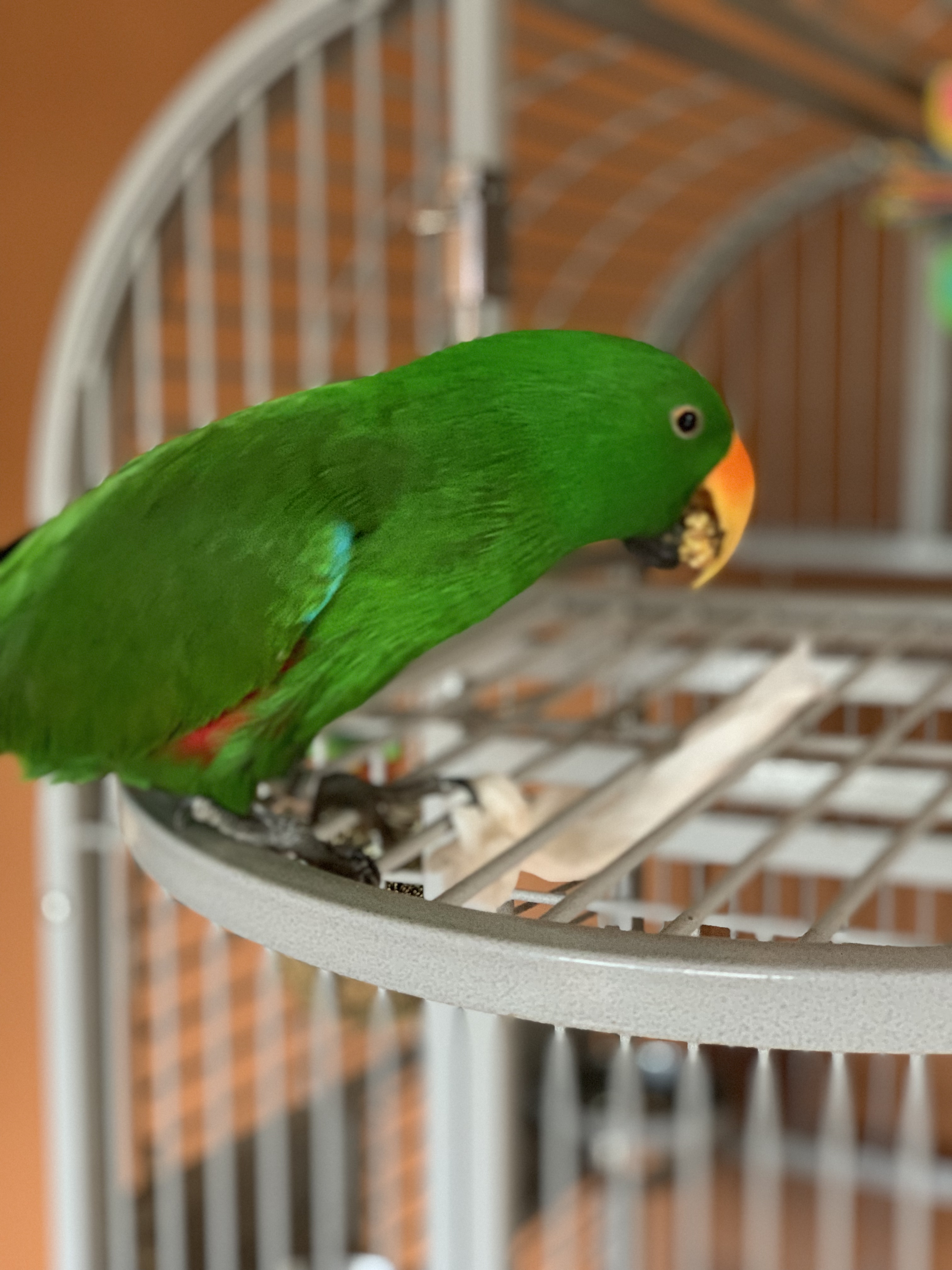 Last year in July, I took my flock to the vet; she noticed the big ones’ nails and beaks were a touch overgrown, but this was especially true for Louie the eclectus. The vet recommended we get our parrots’ bloodwork done, because contrary to my earlier/misinformed belief, any bird who has a concrete perch in […]

As a first-time bird owner, I found many online parrot training guides to be… rather vague. It was hard to figure out how to create a tangible training process for my parrots out of abstract ideas.

Fortunately, I had a ton of guidance from the bird rescue where I used to volunteer, and now several years of the hands-on experience of rescuing five different parrots from varying walks of life.

Thus, I’ve created a list of suggested milestones for training parrots who are hand-shy to step up.

Once upon a time, a crazy parrot lady (me) thought it’d be a good idea to take her parrots a-traveling with her on an airplane. One would fly with her in the cabin, and one would fly via United’s Former Pet Safe Program (recently no longer accepts parrots), or as I’ll refer to it, in “steerage”. Because […]